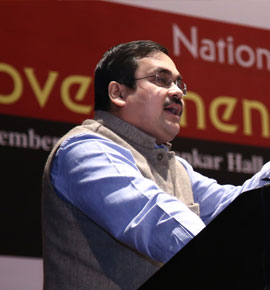 Dr. Anirban Ganguly is the Director of Dr. Syama Prasad Mookerjee Research Foundation (SPMRF), a New Delhi based think tank affiliated to the Bharatiya Janata Party (BJP). He is a Member of the Policy Research Department of BJP and the National Co-Convener of the BJP’s Library and Documentation Department.

Dr. Ganguly is also a scholar of civilisation, history, politics and culture and is a Member of the Central Advisory Board of Education (CABE), Ministry of Human Resources Development, Member of the Governing Board of Auroville Foundation (MHRD), Member of the Visva-Bharati Samsad (Court), Santiniketan, besides being a Visiting Faculty at Banaras Hindu University (BHU), Varanasi.

He has authored numerous papers, chapters and monographs on civilisational issues, politics, education and culture and is a columnist with a number of leading dailies. 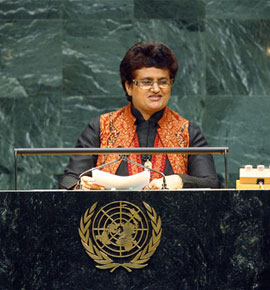 Arti Mehra was Mayor of Municipal Corporation of Delhi (MCD) from 2007 to 2009. She represents the Hauz Khaz ward in South Delhi for the Bharatiya Janata Party (BJP). She was born in Nangal in the Indian state of Punjab, and graduated from the Miranda House. She had done a course in marketing in the United States. She had previously served as the chairperson of health committee in MCD.

In the Delhi state assembly elections, 2013, she was the candidate from BJP. She also represented India in the United Nations on climate change. 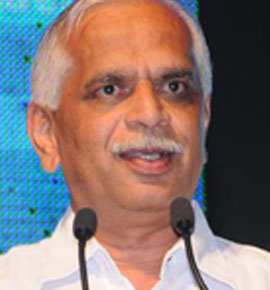 Shri B N Vijay Kumar, finished his primary education in HAL School, RV High school. Later, he finished his BE in Civil Engineering from the prestigious BMS college of Engineering in Bengaluru. From the college days he was active in many social organizations and movements like Akhila Bharathiya Vidyarthi Parishath. As a worker of BJP, he has shouldered many responsibilities in building and growth of the party in Bengaluru. He was city general secretary of BJP for almost 12 years. Currently.Being a bachelor, he dedicated himself to the service of society. Leads a simple life with no bad habits and moves freely with people.

He has been​ awarded NBA awards two times for his work as elected representative in his constituency towards host of activities such as Rain Water Harvesting in Jayanagar, Free Coaching Classes for SSLC Students, Setting up an Electronic Reference Library, Conversion of Organic Waste, Developing dedicated track for bicycles, developing many play grounds and replacement of old sewerage lines. 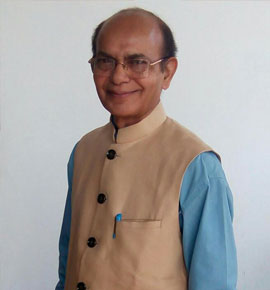 Hardeo Singh (also known as Baba Hardev Singh) is a politician of Bhartiya Janta Party and former PCS officer. He was also President of UP Provincial Civil Services (PCS) Officers Association and retired as Commissioner & Administrator, Sharda Sahayak Command Area Development Project, Lucknow in August 2007. Before joining Bhartiya Janta Party he was president of Rashtriya Lok Dal of Uttar Pradesh unit. He was contestant of Loksabha election from Mainpuri ( UP) in 2014. 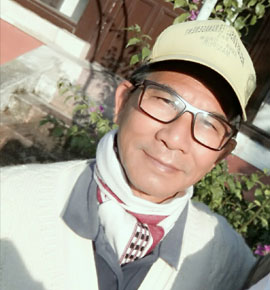 Mr. Susheel was part of Manipur Police Services and retired as IPS. He is very active in Imphal with various charitable and educational bodies to guide and train youth of north eastern reagion. 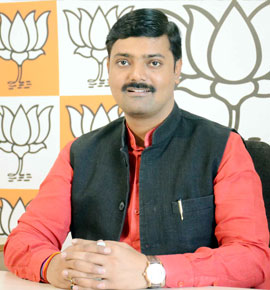 A young lawyer from Uttar Pradesh, Mr Rakesh is politician and state spokesperson for BJP. Regularly he takes part in TV debate for all leadig news channels and columnist for vernacular news papers in UP .He was associated with student politics in his early days before joining active politics. 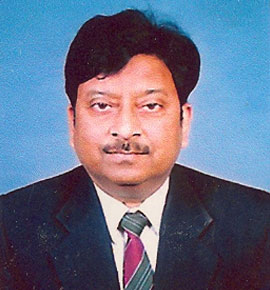 Born on 14 th September,1951 in Nagina town of Bijnor district of U.P. Joined legal practice in fourth generation in 1977.Practised for almost 17 years in Civil side. Stood first in U.P. Higher Judicial Service Examination and appointed as Addl. District Judge. Served in different places as A.D.J. and also worked as Special Secretary in Law department of State Govt. on deputation. Duly promoted as District Judge. Later appointed as Director, Judicial Training and Research Institute U.P, where, he served for 3 years.
Elevated as Judge Allahabad High Court. Transferred to Lucknow Bench in 2012. Retired in September, 2013. Appointed as Chairman, Appellate Tribunal for Foreign Exchange, New Delhi.
Retired in September 2016. Delivered many important and landmark judgements. Many articles and papers in legal field were published.
Maintained impeccable integrity throughout judicial service and had successful and distinguished judicial career Presently doing advisory and social work and also associated with some philanthropic and social organizations. 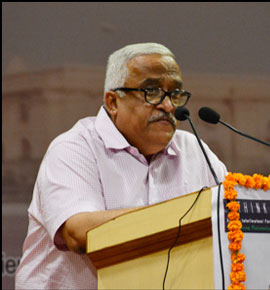 Ashok Mehta completed his LLB in 1980 from Banaras Hindus University and thereafter got himself enrolled in UP Bar Council in the year 1980. He has been practicing in Allahabad High Court since then. He has worked as special counsel of UP govt in 1992.

Thereafter he worked as chief standing counsel of Uttar Pradesh government during Bharatiya Janata Party regime from 1997 to 2003. He has also been working as organizing secretary of Mediation and Conciliation Centre of Allahabad High Court since 2008. 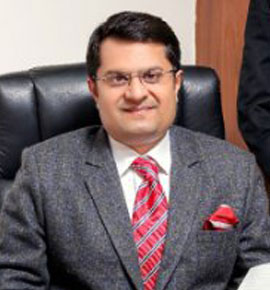 LLM from Cornell law School, Aditya is a young lawyer in Supreme Court and lead partner at Kaden Boriss Global in New Delhi.

He is a regular voice of prominent news debate India on legal and public matters. 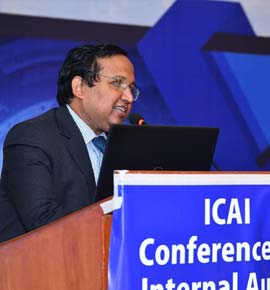 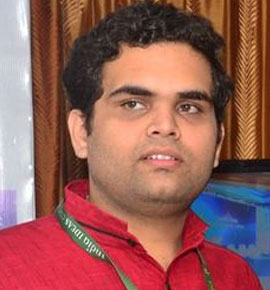 Raghav Pandey is a Senior Research Fellow with the Indian Institute of Technology ( IIT Bombay ) in the Department of Humanities and Social Sciences. His research focuses on a niche area of corporate law, known as Insolvency Laws, which is an interface of Law and Economics.
He teaches Law at Maharashtra National Law University, Mumbai. He is also a regular columnist and commentator in various national dailies and online news portal. He completed his studies from Indian Law Institute , New Delhi , Tata Institute of Social Sciences ( TISS), Mumbai , Dr. Ram Manohar Lohia National Law University, Lucknow 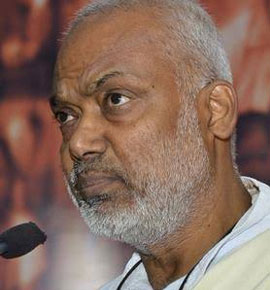 Faculty of IT And Control 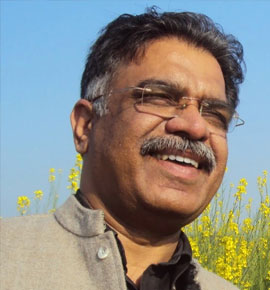 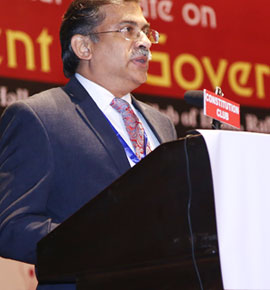 Expertise On
Information Security based on ISO27001, PCI-DSS, Sarbanes Oxley, IT Service Management based on ITIL, ISO20000, IT Governance based on COBIT, Strategist for any business process framework 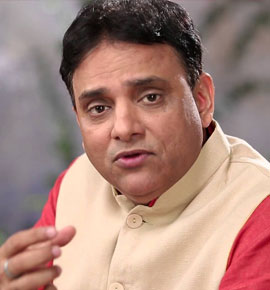 Dr. Partap Chauhan is an author, public speaker, TV personality and master Ayurvedic physician. He currently serves as the Director of Jiva Ayurveda and spearheads all its medical and pharmaceutical activities. His TV shows, which are broadcast on leading channels such as Sanskar, Care World TV, News 24, Darshan 24, Mahua TV and ETV UP have a consolidated viewership of more than 50 million people. As one of the most traveled Ayurvedic physicians in the world, Dr. Chauhan has been dedicating himself to popularizing Ayurveda across the globe since 1992, having given consultations and conducted workshops and lectures in over 50 countries. 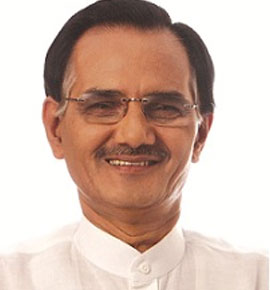 Dr Sharma, have been working since 35 years towards their Health Mission. From the very beginning, they believe in the concept that before people suffer from diseases and are forced go to the hospital, it is our duty to liberate them from ignorance and make them aware about the laws of Nature so that they can prevent themselves from serious and chronic diseases in the future.

Dr Sharma believes that a disease is a shadow of incorrect lifestyle, which arises out of sheer ignorance. The body is neither fond of becoming diseased nor it is designed to fall sick.